Theater: Underneath the Lintel 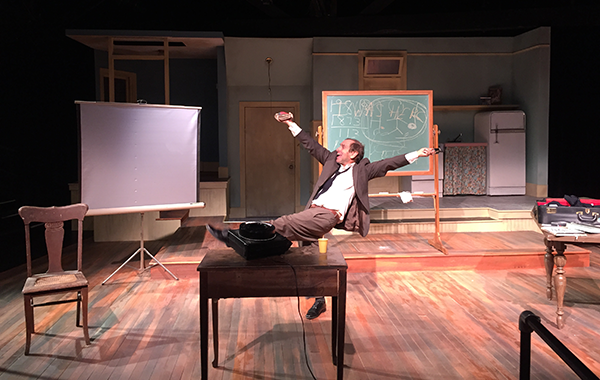 “One of the great plays written in the last five years...an astonishingly beautiful piece of writing” - The Seattle Weekly

Underneath the Lintel by Glen Berger: A book, 113 years overdue, sends an eccentric librarian on an around-the-world quest. The search uncovers an ancient myth; the unnamed “everyman” librarian experiences a unique spiritual awakening. The play opened in New York in 2001 and has been seen all over the world.

Students and teachers $15 cash at the door.