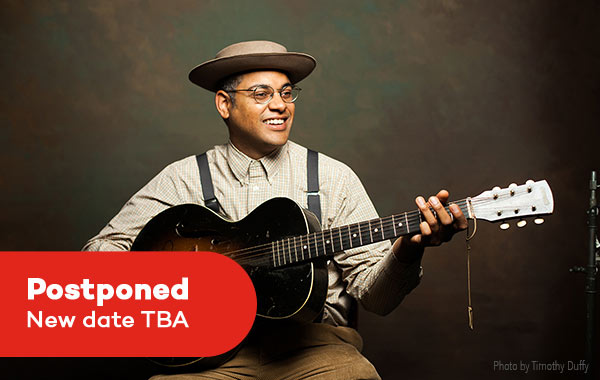 These 3 concerts have been postponed, new dates to be announced.

GRAMMY award winner and two-time Emmy nominee, Dom Flemons is taking up residency for Payomet's Music-in-the-Schools program, performing for (and alongside) students at two local schools by day, and playing intimate venues for a few lucky audiences across the Cape by night.


Dom Flemons is known as "The American Songster" since his repertoire of music covers over 100 years of early American popular music. As a founding member of the "Carolina Chocolate Drops", Dom Flemons spent nine years traveling the world singing, playing and telling the stories behind indigenous American music. Flemons is a songwriter, multi-instrumentalist, producer, actor, music scholar, historian, and record collector. He is considered an expert player on the banjo, guitar, harmonica, jug, percussion, quills, fife and rhythm bones– and he's bringing it all to share with us on the Cape!