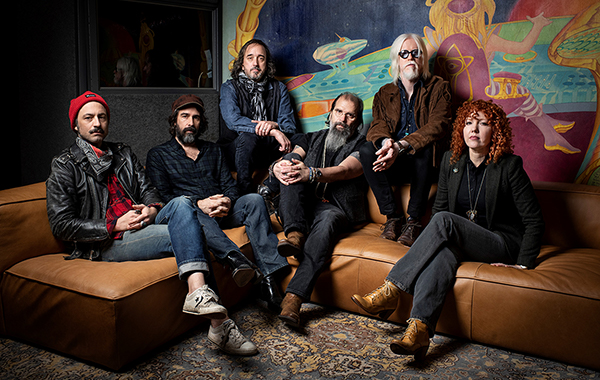 No smoking is permitted on-site.
He sounds more energized and powerful than he has in years. –Pitchfork Magazine

A three-time Grammy Award recipient and 11-time Grammy nominee, Steve Earle is a cornerstone artist of Americana music– and he's back to hit our stage with his band the Dukes and special guests The Whitmore Sisters on Saturday, June 18.

Steve Earle is one of the most acclaimed singer-songwriters of his generation, a worthy heir to Townes Van Zandt and Guy Clark, his two supreme musical mentors. Over the course of twenty studio albums, Earle has distinguished himself as a master storyteller, and his songs have been recorded by a vast array of artists, including Johnny Cash, Waylon Jennings, Joan Baez, Emmylou Harris, the Pretenders, and more. Earle’s 1986 debut album, Guitar Town, is now regarded as a classic of the Americana genre, and subsequent releases like The Revolution Starts...Now (2004), Washington Square Serenade (2007), and TOWNES (2009) all received Grammy Awards.