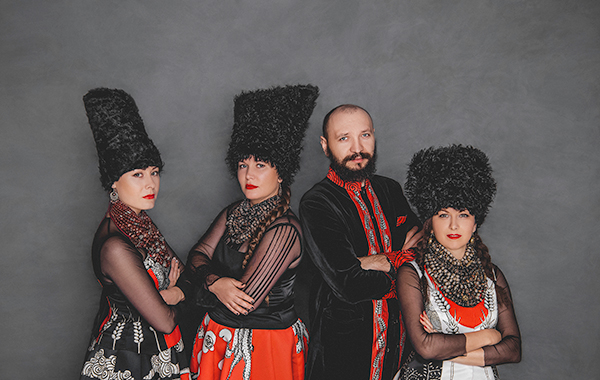 No smoking is permitted on-site.
“Ukrainian folkdrone Björkpunk quartet Dakhabrakha went into Bonnaroo as unknowns but ended up with one of the most receptive crowds of the weekend. They got cheers for mournful accordion and apocalyptic cello sawing. Animal noises and bird whistles and howls got the audience to return favor, turning the tent into a happy menagerie.” — Rolling Stone

“The group mixes everything from punk-pop to traditional Ukrainian songs in cool yet beguiling textures, often with the close harmonies usually associated with Balkan music. But it’s really the live shows that take DakhaBrakha beyond mere curiosity to utter brilliance.” — NPR

Eclectic Ukranian folk quartet DakhaBrakha will be spreading peace under the tent on Tuesday, August 2 for a night of unique sounds from around the world.