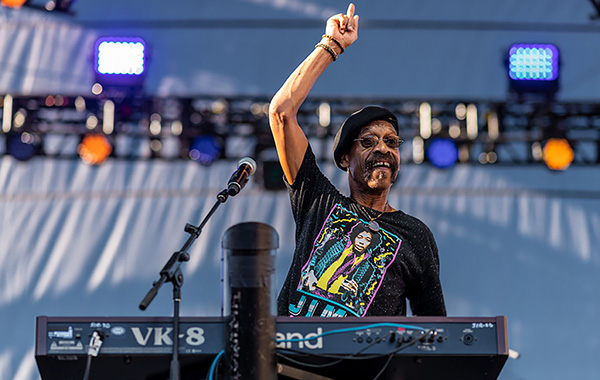 No smoking is permitted on-site.
The evolution of WAR began in 1969...and WAR has been evolving ever since. Come out and experience these funky classic rock legends in North Truro on Wednesday, July 13 for an epic party that's sure to lift you off your feet to dance.

WAR is an American funk band from Long Beach, California, known for several hit songs including "Spill the Wine", "The World Is a Ghetto", "The Cisco Kid", "Why Can't We Be Friends?", "Low Rider", and "Summer". Formed in 1969, War is a musical crossover band that fuses elements of rock, funk, jazz, Latin, rhythm and blues, and reggae.

WAR's global popularity is a tribute to the timelessness of its music and message. Perhaps, nothing epitomizes this truth greater than the fact that WAR has twice been honored by its hometown of Los Angeles, over twenty years apart, for its music making positive contributions to the betterment of the community.”