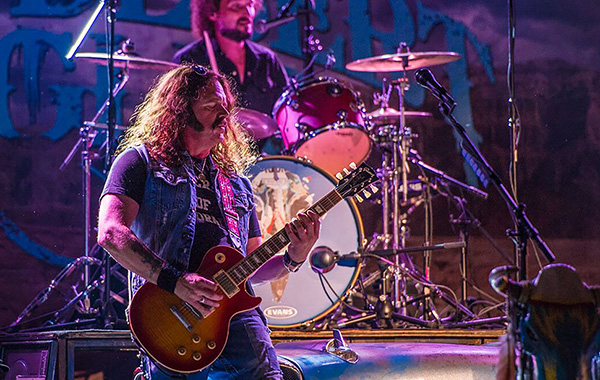 No smoking is permitted on-site.
Are you ready to party like it's 1977? For fans of The Eagles who long for the LIVE re-creation of some of the greatest hits of a generation, the Dark Desert Eagles are the ULTIMATE Tribute to The Eagles, so don't miss these guys rockin' and rollin' on Sunday, July 3.

Dark Desert Eagles cover songs such as Take It Easy, Witchy Woman, Peaceful Easy Feeling, Desperado, Tequila Sunrise, Already Gone, One of These Nights, Lyin’ Eyes, Take It to the Limit, Hotel California, and several gems from the Eagles’ members solo careers are masterfully re-created during a live show of the DDE.

Touched by the passing of Eagles co-founder Glenn Frey, Pat Badger (founding member of the multi-platinum rock act Extreme) formed the Dark Desert Eagles in tribute. “Pulling off the music is just part of it.” Badger says, “We really want to bring the audience back in time to the 70s! The image is almost as important as the music and we have really paid attention to detail on the wardrobe, the hairstyles, the guitars... everything that made the Eagles so cool!” He goes on to say, “we have traveled through time to the present day and when the house lights go down, the audience finds themselves in a Twilight Zone episode meets Back To The Future... It’s a blast!”

Buckle up and get ready to enjoy a stunning musical tribute to America’s Greatest Rock Band.