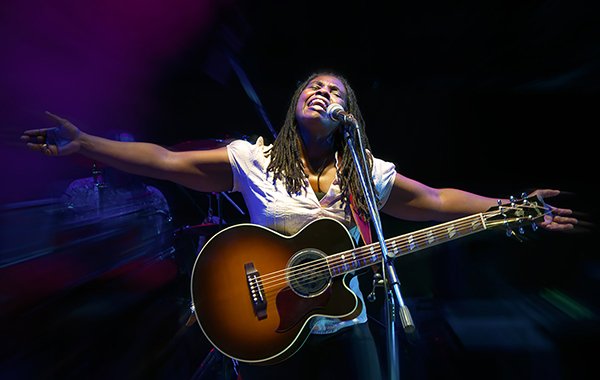 In the tightknit musical community of Austin, Texas, it’s tough to get away with posturing. You either bring it, or you don’t, and if you do–– word gets around. And one day, you find yourself duetting with Bonnie Raitt, or standing onstage with the Allman Brothers at New York’s Beacon Theater and trading verses with Susan Tedeschi. You might even wind up getting nominated for a Best Blues Album Grammy — three times in a row. And those nominations would be in addition to your seven Blues Music Awards, three Austin Music Awards, the Grand Prix du Disque award from the Académie Charles-Cros in France, a Living Blues Critics’ Award for Female Blues Artist of the Year, and the title of an “inspiring American Artist” as a United States Artists 2018 Fellow.

There’s only one Austinite with that résumé– Ruthie Foster– and she's playing Payomet on October 8. We can't wait to welcome her big voice and talent under the big top tent!